The online poker player also affectionately known as the “Tiger Woods of Poker” appeared in a London court room yesterday in his first lawsuit versus Crockfords Casino owned by the mammoth Genting Casino Group. Phil Ivey is suing them for £7.6 million pounds stating that rather than paying his winning they decided to wire back his original £1 million stake and then initiate an investigation. The other Lawsuit is with The Borgata Hotel Casino & Spa in Atlantic City who claim they were cheated out of an incredible $10 million which they actually had paid out but are now trying to reclaim via the courts.

Both gambling establishments Claim an edge was gained by capitalizing on small flaws in the decks of cards which is deemed to be against the terms and conditions of both casinos with some of the charges aimed at Phil Ivey being Fraud, Unjust Enrichment and Civil Conspiracy. Phil denies all allegations that he cheated instead saying that “Over the years he had won and lost substantial amounts at Crockfords casino but had always honoured his debts”.

Regardless of the outcome of either lawsuit Phil Ivey has over $50 million in confirmed winnings between online and live poker and has also been crushing live games in Bobby’s Room for years so should be ok!

The popular UK based casino which incorporates over 400 casino games and slots from market leading games developers such as Net Entertainment and Betsoft have announced this mouth-watering No Deposit Bonus on will go live on the 08/10/14 and will run for the foreseeable future with no end date yet planned.

No Deposit Bonus promotions are highly sought after by affiliates who like to use these bonuses to drive high numbers of traffic and account signups to casinos resulting in large amounts of players tagged to them. Although these players are bonus chasers and might not deposit right away many will return at a later date to make a real money deposit meaning commissions in the affiliate’s pocket at the end of the month!

The affiliate program for Cyber Club Casino can be found at Cyberclubaffiliates.com and is highly recommended by Internet-affiliate. For more great tips join subscribe to our newsletter and join our forums @ http://www.affiliatediscussion.com/ 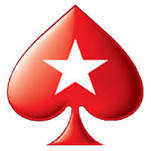 Poker Stars have always had a fantastic reputation for the top quality support given to players and marketing partners which was a big contributing factor to their success and the reason why they are the number one destination for online poker players.

Unfortunately it looks like the Amaya takeover could be impacting Poker Stars high standards and flawless reputation. Some of the top online poker affiliates are now reporting their affiliate accounts have been mercilessly shut down meaning they will no longer receive their monthly affiliate commission payment. This is a highly controversial decision by Poker stars who argue that these affiliates are not actively promoting Poker stars anymore and only profiting from players sent years ago.

32Red Affiliates is a superb Poker affiliate program, highly recommended by internet-affiliate. For more great tips and news sign up to our newsletter and join our forums @ AffiliateDiscussion.com

As of the 1st of October UK Sports betters will be locked out and no longer able to register or play at Guts Sports book although UK casino players will not be affected and are still welcome. They have also announced that they will be passing the new 15% Point of consumption tax associated with the new UK legislation onto affiliates which will be reflected in the Net Rev Calculation. This new tax will come into effect in December although UK sports punters will be locked out from the 01/10/14.

Guts were formed in 2012 by a group of highly qualified iGaming professionals. They only had one target when they first launched, to develop an online casino which is second to none when it comes to a high quality gaming experience. It looks like they are close to achieving that with a fantastic range of casino games, 24/7 support and some of the fastest withdrawal time in the business!

The Guts Affiliate Program is highly recommended by internet-affiliate. For more great tips join our forums and sign up to our newsletter!