Earlier on this year long term owners and founders the Scheinberg family from Israel announced they had sold up to the publicly listed Amaya Gaming Group for an incredible $4.9 billion.

Phil Ivey strikes back with appeal!

Last month Phil Ivey went head to head with Crockfords Casino in a London courtroom. The casino owned and operated by the powerful Genting casino group pride themselves on being the most exclusive casino in Mayfair which is certainly no easy task being situated in one of the most expensive postcodes in the UK . The court case was initiated by the world famous poker player Phil Ivey who complained that instead of receiving his £8 million in winnings Crockfords instead decided to return his original starting stake and start an investigation into the circumstances surrounding the big win.

Phil Ivey is accustomed to tough battles and clearly thinks the odds are good enough to try again having instructed his lawyer to formally appeal against the verdict. The “Tiger Woods of poker” believes that he did not cheat in any way and is entitled to his money! This appeal might have something to do with his upcoming lawsuit with another casino Borgata who are looking to use the Crockfords ruling as a precedent in their upcoming court case versus Ivey which involves similar circumstances!

Cyber Club Casino has announced they have been awarded a full UK Gaming Commission License. The new regulations came into effect  on the 1st of November and now any casino operating without a UK license can no longer accept UK player’s registrations or bets.

Members of Cyber Club Casino’s marketing program Cyber Club Affiliates can now have peace of mind that any UK players they refer will be well looked after having passed the strict regulation process required to receive a UK Gambling Commission License.

If you have UK traffic Cyber Club Affiliates is a highly recommended casino affiliate program where you will experience strong conversions and big commission pay-outs each and every month. 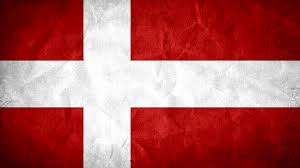 which could have something to do with the high wages and the on average 4 day work week. With all this excess time and money its clear to see why many Danes enjoy venturing online for a flutter!

Online sports books and casinos sporting official Danish license where responsible for reported combined revenues of 870 million DK in 2012 and 970 million DK in 2013. It looks like 2014 will be a record breaking year as the last quarter alone achieved 700 million Danish Kroners which was said to be helped by the World Cup.

The Danish online Gambling Regulator https://spillemyndigheden.dk/ have projected online casino and Sportsbook revenues of around £300 million for 2014 showing the market is thriving in the new legislative climate.

If you have Danish website traffic and are looking for high converting affiliate programs the Vera John Affiliate Program is highly recommended by internet-affiliate! For more great tips sign up to our newsletter and get involved in the forums @ AffiliateDiscussion.com